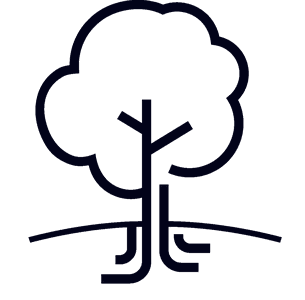 “Theophany” = an appearance or manifestation of God; foreshadow of the incarnation.

Genesis 18:10, Then one of them said, “I will surely return to you about this time next year, and Sarah your wife will have a son.”

Gen. 18:16-17; When the men got up to leave, they looked down toward Sodom, and Abraham walked along with them to see them on their way. 17 Then the Lord said, “Shall I hide from Abraham what I am about to do?

Gen. 18:18-19; Abraham will surely become a great and powerful nation, and all nations on earth will be blessed through him. 19 For I have chosen him, so that he will direct his children and his household after him to keep the way of the Lord by doing what is right and just, so that the Lord will bring about for Abraham what he has promised him.”

The greatest way to bless others is to influence them to live God’s way.

Gen. 18: 20-21; Then the Lord said, “The outcry against Sodom and Gomorrah is so great and their sin so grievous 21 that I will go down and see if what they have done is as bad as the outcry that has reached me. If not, I will know.”

“outcry” = in Hebrew, a loud cry that is the result of violent injustice and oppression.

God’s wrath is never impulsive; it’s always toward that which destroys what He loves.

Jonah 4:2-3; “I knew that you are a gracious and compassionate God, slow to anger and abounding in love, a God who relents from sending calamity. 3 Now, Lord, take away my life, for it is better for me to die than to live.”

Abraham intercedes for the city; he pleads with God for their lives.

27 Then Abraham spoke up again: “Now that I have been so bold as to speak to the Lord, though I am nothing but dust and ashes, 28 what if the number of the righteous is five less than fifty? Will you destroy the whole city for lack of five people?”

29 Once again he spoke to him, “What if only forty are found there?”

30 Then he said, “May the Lord not be angry, but let me speak. What if only thirty can be found there?” He answered, “I will not do it if I find thirty there.”

31 Abraham said, “Now that I have been so bold as to speak to the Lord, what if only twenty can be found there?” He said, “For the sake of twenty, I will not destroy it.”

32 Then he said, “May the Lord not be angry, but let me speak just once more. What if only ten can be found there?” He answered, “For the sake of ten, I will not destroy it.”

33 When the Lord had finished speaking with Abraham, he left, and Abraham returned home.

What kind of people and church are we going to be in relationship to the culture?

2 Peter 3:9b, The Lord is… patient with you, not wanting anyone to perish, but everyone to come to repentance.

God delights in responding to our intercession for others by showing mercy!

God’s heart of mercy is most clearly seen in the sacrifice of His Son on the cross.

Romans 8:34 (LB), For he is the one who died for us and came back to life again for us and is sitting at the place of highest honor next to God, pleading for us there in heaven.

a safe place of healing grace and hope for all generations